It is hard to predict the future… Who could have imagined the impact of COVID19 on our lives just 6 months ago ? Who knows how long it will last ? Will we face another type of crisis of this kind in the near future ? Nobody knows really… apart from Nostradamus.

However, we can start learning some lessons from this terrible crisis. One of them being how to handle the boom of remote working.

The containment measures have caused a sharp rise in the number of teleworkers. And when I say sharp… in some countries (in France for instance), the figures are pretty unbelievable : in a few weeks they went from 3% of the total workforce to more than 40% ! The normal rate is more like 0,5% increase per year…

I let you imagine what pressure this rise has put on IT infrastructure and on support teams.

Of course things will settle down, but there is no doubt that the new normal will differ significantly from the pre-COVID19 era. For example, 75% of companies say they will maintain some level of permanent remote workforce according to Gartner.

However strong this wave has been, some companies using 3270 application for their business processes, with 1000’s of users, succeeded in facing it with no big harm...

As CMO at SysperTec, I had a chance to talk with some of our customers and with our experts about the situation. I am happy to share with you the insights I got ; they can be synthesized in 4 key themes. 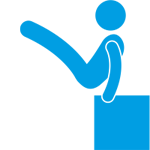 A lot of companies still use heavy clients 3270 emulators. These pre-web solutions do have some advantages but cannot be considered agile : they require to install clients on the user’s desktop. This can be a problem in case of crisis.

Our customers who still rely on this type of architecture encountered real difficulties to rapidly deal with users using fixed computers. When they had to massively send back entire teams to work from home, they had 2 choices : provide them with a company laptop or allow them to work from their personal computer.

In the first case, they had to interface with desktop IT teams in order to set up laptops for the 3270 user population and install the client on it. This proved difficult, if not impossible in the heat of the moment, with overwhelmed support teams.

Allowing personal computer usage didn’t prove easier : installing a corporate piece of software on an unknown PC was too much of a security breach. Not talking about the impossibility to import existing macros. A lot were stuck !

On the opposite, the companies who had deployed a light client 3270 emulation solution were able to quickly give their users access to 3270 applications. Either they decided to give laptops, or allow their teams to use their personal PC, the only thing needed was a standard web browser. They could continue their business processes with very low impact.

An interesting side effect, which, in fact, was often the initial desired effect : such a solution automatically works on tablets, smartphones or VDI desktops. This kind of architecture makes it easy to include new population of users (internal or partners) and therefore open new business processes, and digitalize their company furthermore.

Scalability is the key

Agility is one thing, but going from 3% to 40% of homeworking in a few days is a massive challenge for IT infrastructure ! Read here (English) or here (French).

The VPN concentrator platforms are often connected to Internet with limited bandwidth on which you, as a mainframe operation manager, don’t have control. And this infrastructure has been under heavy pressure.

Our support team had to deal with several companies using this kind of architecture. They often encountered performance issues due to poor bandwidth or difficulties negotiating with network capacity planning teams.

On the other hand, those who deployed a solution that required no specific infrastructure between the user’s browser and the mainframe applications, did provide a good quality of service. In other terms, it is a solution that scales on its own.

Of course IT teams still have to deal with Internet connection capacity, NAT or DHCP scalability, but all these elements are not specific to 3270 terminal emulation

Interesting insight : some of our customers used to maintain a VPN infrastructure for the exclusive use of 3270 applications. Moving to a light client, with HTTPS connection, allowed them to get rid of this expensive piece of infrastructure. 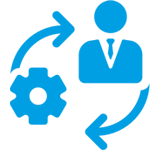 The mainframe teams we talked to and proved more efficient and quicker than others in their organization’s modifications are those who had deployed solutions which necessitate small teams to administrate and didn’t need complex coordination with other parts of IT team.

In other terms : the less components and the more standard you use, the better you manage.

From a 3270 emulation perspective, the simpler architecture is the 2-Tier light client :

Added to that, customers told us that fewer components mean fewer support to be done.Furthermore, light architectures allowed all support to be performed by the mainframe team : no need to involve desktop, network or distributed servers support. 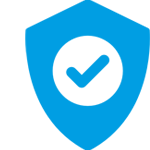 A simple solution is easier to secure

During pandemic CISO were compelled to ease on security constraints in order to allow business processes to reconfigure quickly. But attacks have risen by 400% according to the FBI. No doubt therefore that they will quickly ask for solutions to strengthen security for distant working, among other things.

The last important insight we got from our customers deals with security : the IT teams who implemented a 2-Tier Light 3270 Terminal Emulation infrastructure before the pandemic didn’t have much trouble convincing their CISO that the solution was secured.

Let’s first explain in a few words what we mean by this type of architecture. The only component that needs to be installed and configured is directly installed on the Mainframe :

The good news is that the mainframe and the PC, the 2 required elements, are already protected by the general corporate security policy !

The communication between the user’s device and the HTTP server hosted on the mainframe can very easily be secured by using HTTPS protocol.

One thing is sure: there will be an “after” Covid-19. We could see a resurgence of the crisis in countries where things have settled down, sending back home millions of workers. But even if we don’t, home working will rise in the next months, and companies need to prepare their infrastructure.

From what we learned from our customers during these past months, being ready means having a light, standard and secured 3270 Terminal Emulation solution.

Looking for Z/OS or IBMi solutions ?
Get in touch.